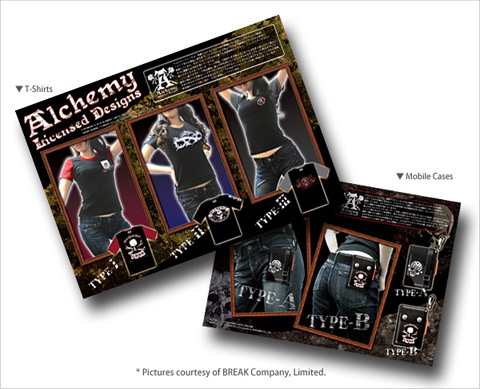 Alchemy Gothic (www.alchemygothic.com) is a brand name owned by a British company Alchemy Carta Ltd, founded in 1977, known for gothic, fantasy, alternative products. Their products such as rings, pendants, earrings, t-shirts, have been well-known and widely-distributed in Japanese market for years, however this is the first appearance on the Japanese video arcade market. Stunning t-shirts and mobile cases screen printed with the Alchemy Gothic’s innovative artworks can now be found in the glass cages of UFO-catchers (a claw crane game machine).

DENKI-MIRAI has been appointed as Alchemy Gothic’s licensing agent in Japan.